Well some of you may know that I was unhappy with my rods, don’t get me wrong they were fine rods but 2 3/4 lb tc middle / tip action rods were not actually cutting it where I was fishing. I have lightweight rods in my stalking kit so I decided that to go with my new Fox 12k reels ( well not so new now) what better than a set of Fox rods. I had the advantage of a “try before you buy” when I met up with Mark for a quick session earlier in the year and I was very impressed. So armed with this knowledge I bought myself a 3 some of rods off of the Internet.

When the rods arrived it was like Xmas and I couldn’t wait to get on the bank with them, I popped out to Bosbaan for a quick session in August. Well I was noting but impressed. As you can not loose feed in the lake I tend to fish with largish PVA bags or sticks. This used to present an issue to my previous rods as they lacked the backbone to really punch out a 3 Oz lead and bag. Not so with the Fox rods, they load up nice and slow and release all that power exactly where you want them. Some of the casts in the lake are 85-90 yards and with a big bag it is a difficult cast. Sure, anyone can punch a single hook bait out to 150 yards but add a bag and you really sort out the pack.

As I wanted to cover more of the power range I opted for the 3lb TC versions. I had never used such heavy rods before but I decided to push the boat out so to say as I already has other lighter rods in my stalking kit. I was a little apprehensive that the rods would be too stiff and would be merely casting machines and not really for playing fish. I need not have worried, on that 1st night I caught 5 carp to low 20’s and each one of them gave a spirited account of its self. The rods had turned out to be real boon in playing fish. The extra backbone meant that there was far more power to be brought to bear when a fish turned powerfully on a run.

The handles need to be specially mentioned as they are a really nice touch on an already superb product. The reel seat has what appears to be a massive bulge at the front, which seems ungainly at first. That is until you hold it. The bulge neatly fills the palm of your hand giving you far more to hold onto and giving bundles of confidence when laying the power down in a cast. Additionally when you are playing a fish, with to-days ultra slim blanks, i find that my hand used to get very tired as it is like I am trying to grip a long pencil with a carp at the end 🙂 the bulge really makes that a thing of the past. 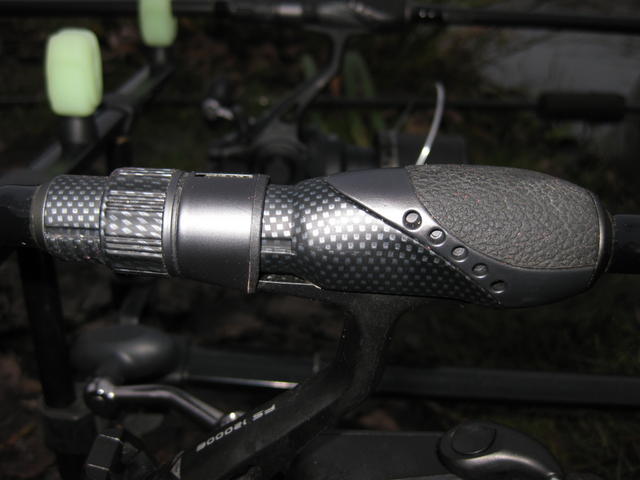 On a recent holiday to France in August / September I was faced with a huge expanse of water in my chosen swim with no real features. So I decided to make my own feeding zone on the only hard bit of gravel I could find. Then fish 2 rods on and near by with the 3rd rod as a rover. This roving rod caught its fair share of fish and it was largely due to being able to punch out a single hook bait / tiny stick to huge ranges in front of me to explore where the fish might be lurking. The power of the rods was really bought home to me however, when I landed my new PB at 39lbs. The fish was so powerful it really strained the kit to its limits and was not a “plodder” at all but a super charged Ferrari of a fish. I really doubt that I would have been able to maintain the control I did given that I had a massive snag right next to me.

In conclusion, a superb product at an amazing price. They have really put extra fish in the bank for me and I am certain that they will for you too. 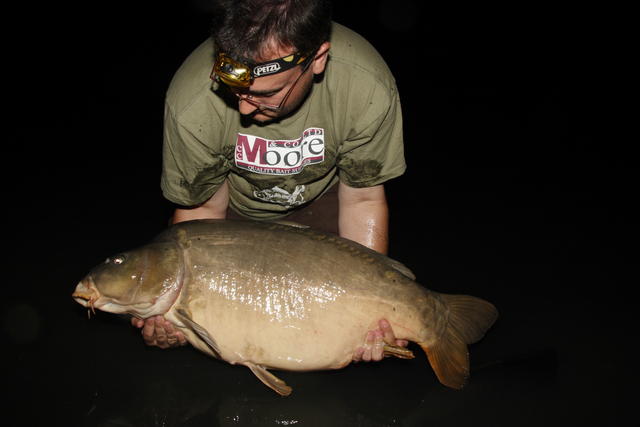