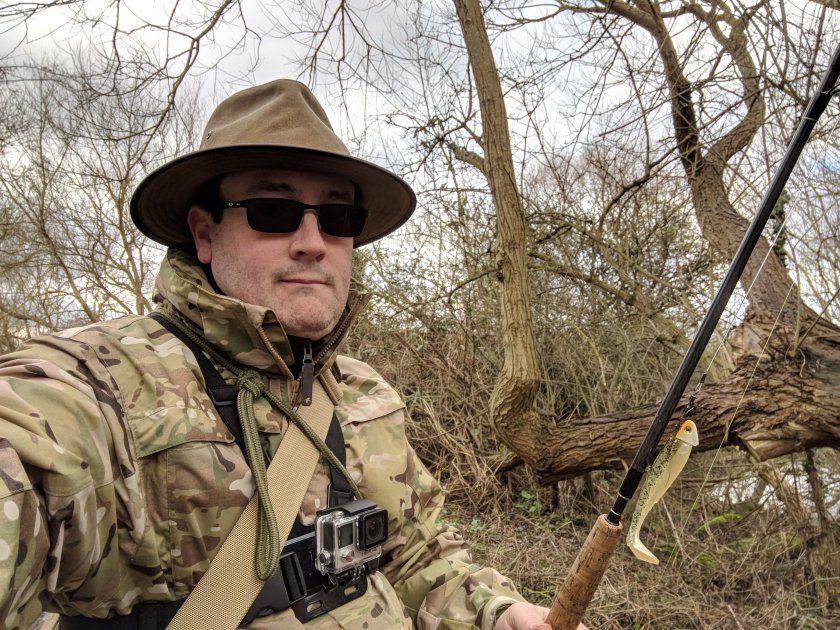 Ok something that sponsored anglers never admit is the number of blank sessions that they endure. Sometimes a blank isn’t an issue and you learn something new. The other day I had a blank that was outstanding in its banality. Nothing was moving, nothing was feeding, it was as if the lake was devoid of fish. Of course I brought it on myself by attempting to film the entire session with the gopro… Either that or we had a sudden cold snap that put icy lids on many lakes that put the fish back onto hibernation.

I tried everything I could think of, different lure colours, depths, speeds of retrieve. Nothing worked and depressingly I didn’t even get a follow. Even. Normally productive snag was lifeless and barren.

I have ( like many I suppose) been reading more about carp fishing this winter than catching or even carping its self. One thing has struck me very plainly about the magazines ( and I am not going to name names) is that if you believed everything that you read in them, some anglers never blank… Not even during the winter, not even ( it seems) when the lakes are frozen over. They are carp catching machines who never seem to suffer the pitfalls mother nature and fate throws before us mere mortals. They are the gods of carp fishing, and 99% of them were unknown 15 years ago. END_OF_DOCUMENT_TOKEN_TO_BE_REPLACED